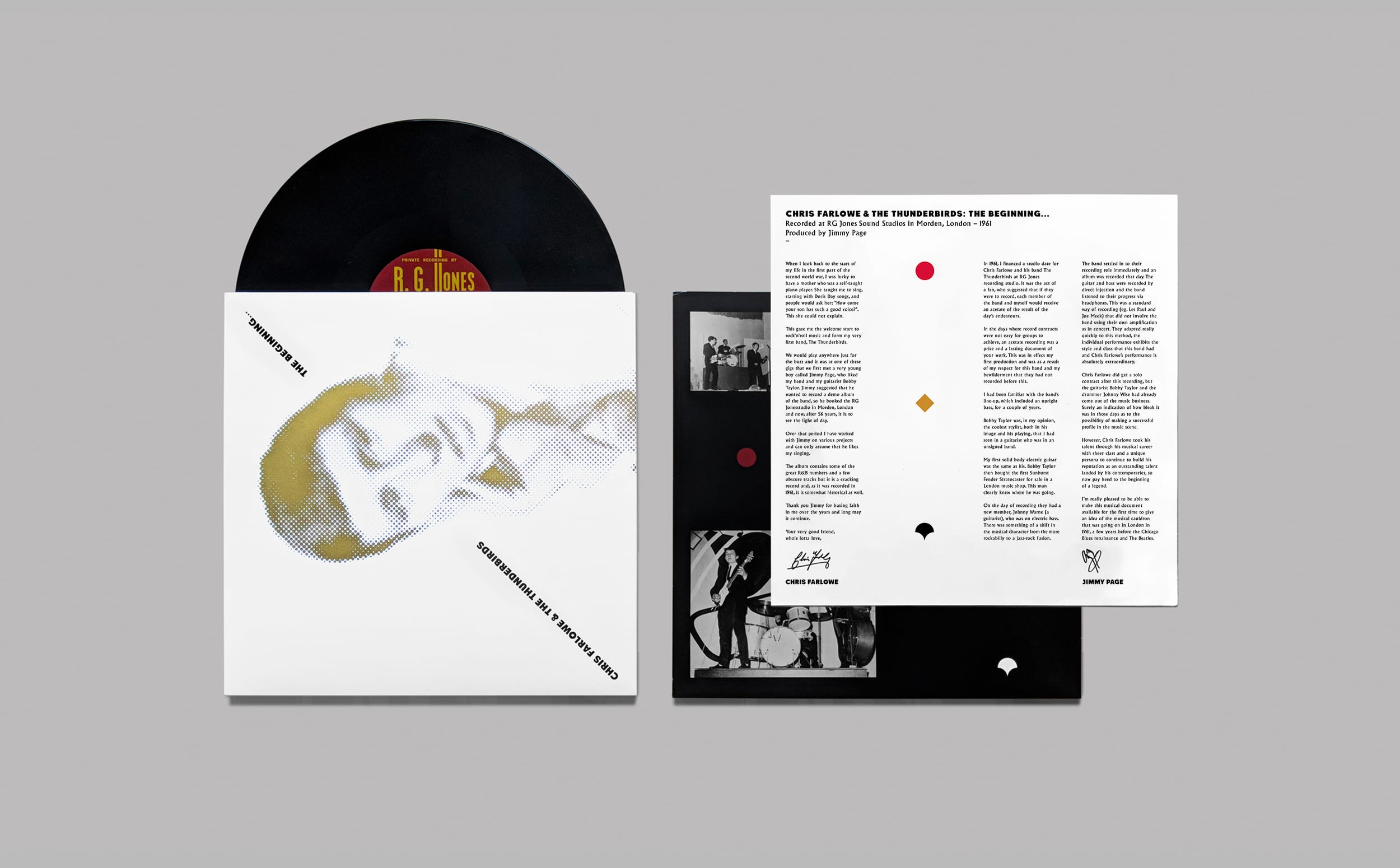 We worked with Jimmy Page of Led Zeppelin and his management, on a full vinyl release of Chris Farlowe and the Thunderbirds: The Beginning. Now close friends, Jimmy and Chris met in 1961 when Jimmy produced the young blues artist's debut album. The recording was never released and the only existing copies were lost until 2017, when the two artists agreed to give the album the full release it deserved.

We had access to original vinyls and an archive of film photography. From which we created a contemporary look for the album, referencing the 1960s style through the use of colour, fonts and photographs, creating a balance between modern and retro. The release is finished with a gold foiled cover. 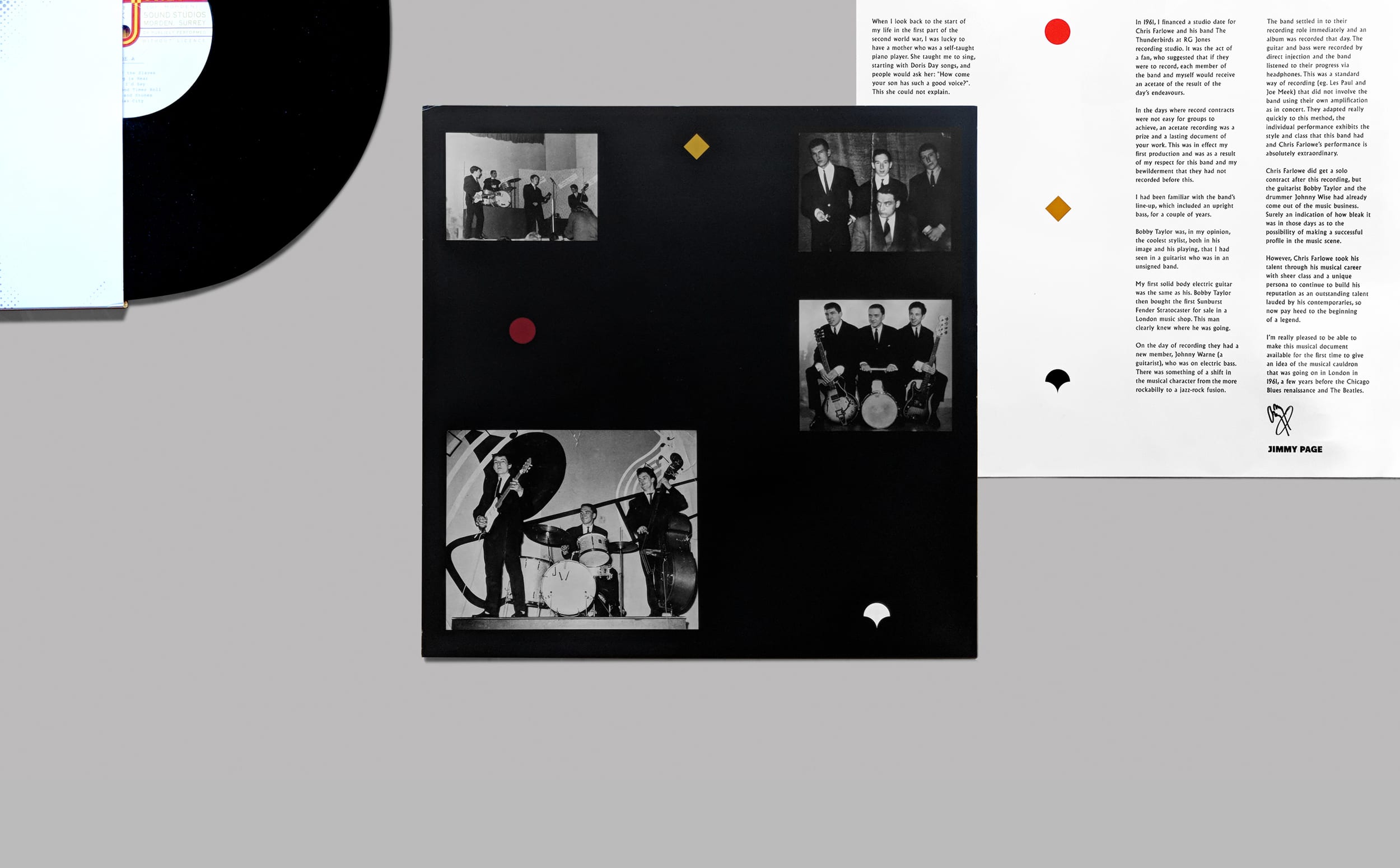 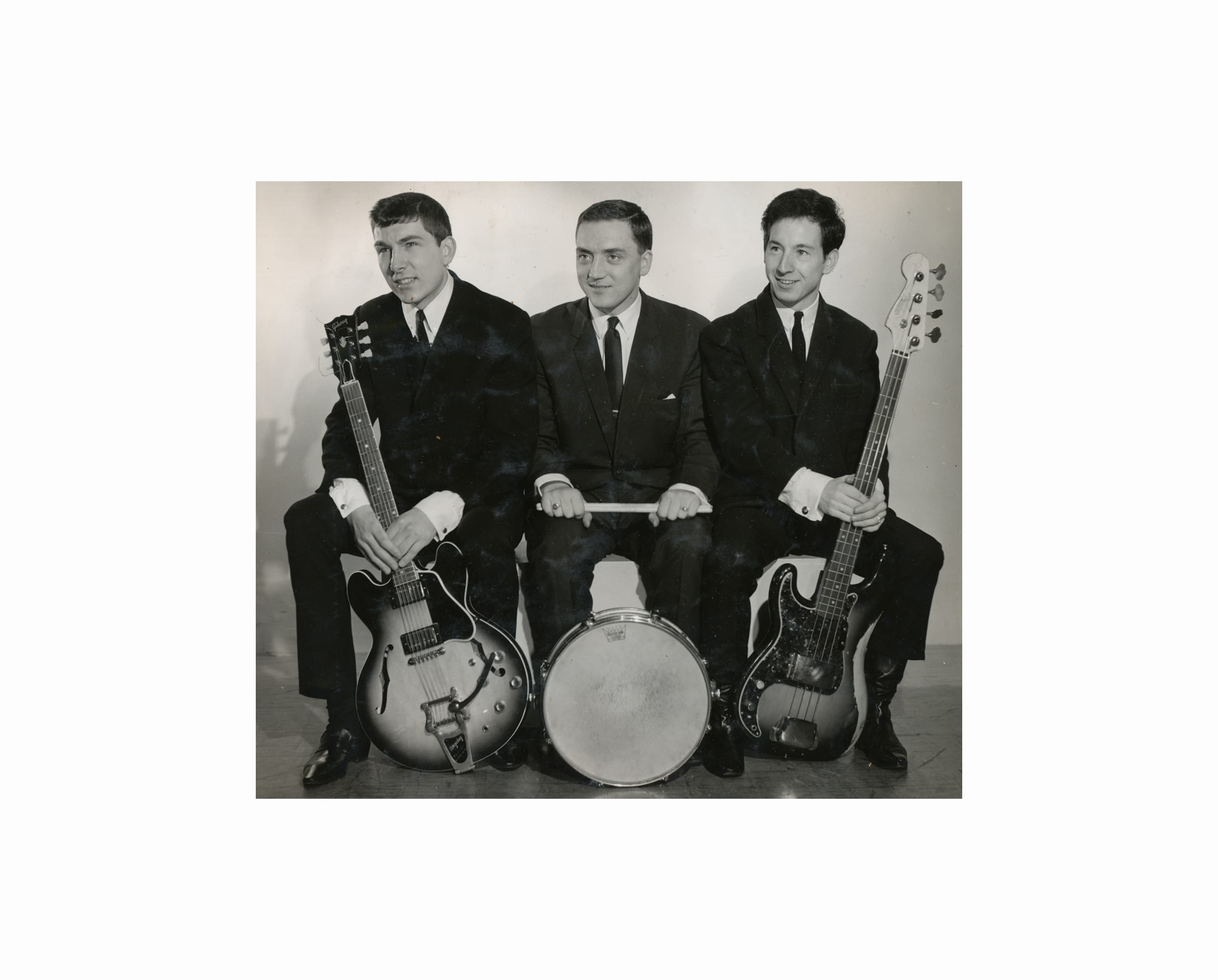 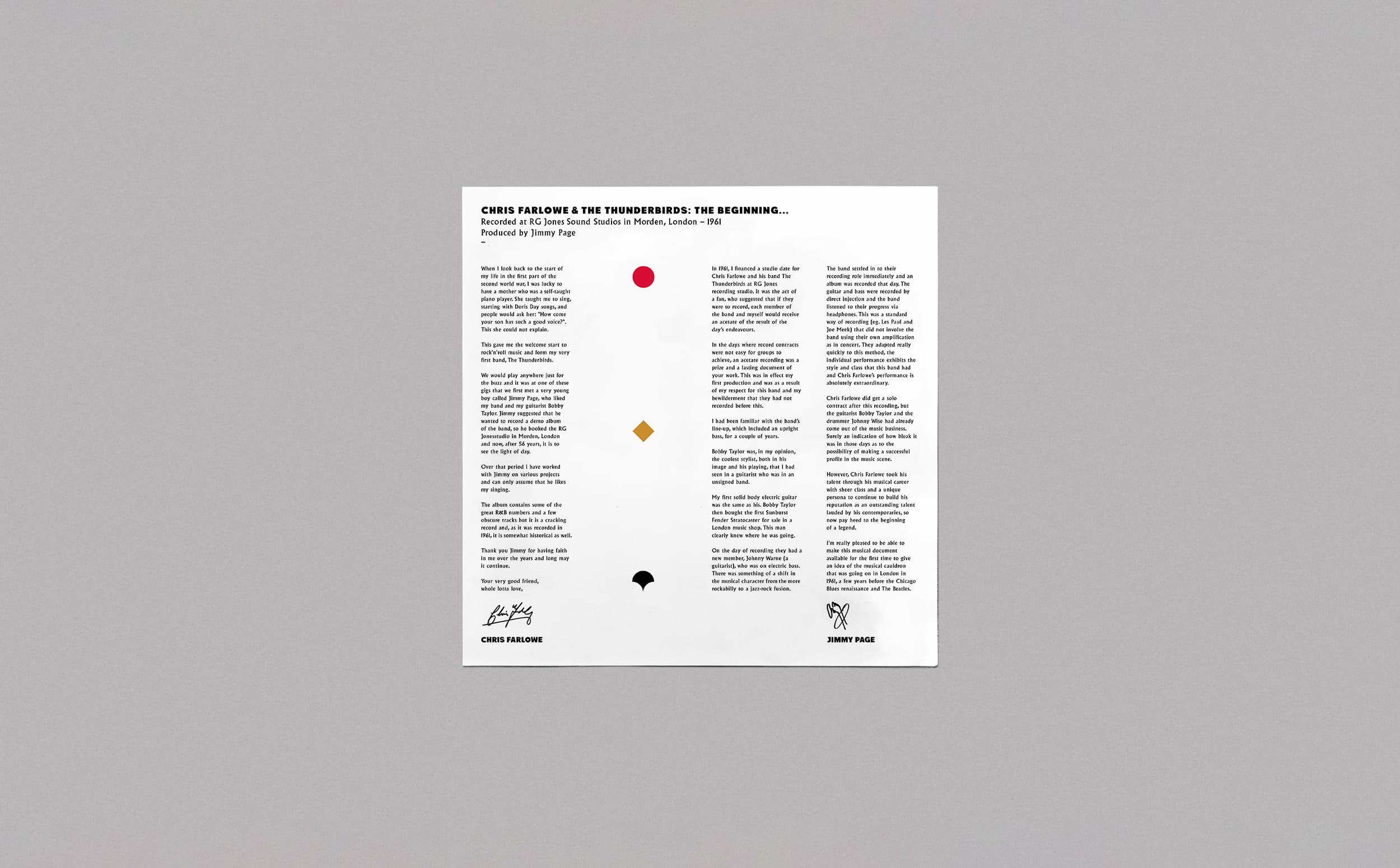